Childs Ercall is a village in Shropshire.  This is located in a rather remote rural area located between Market Drayton and Newport.

ERCALL, CHILD’S, or Ercall Parva (St. Michael), a parish, in the union of Drayton, Drayton division of the hundred of North Bradford, N. division of Salop, 6 miles (S.) from Drayton; containing 466 inhabitants. The parish comprises 3633a. 1r. 33p.: the village, situated on the old road from Wellington to Drayton, has a pleasingly rural aspect, and the surrounding scenery is agreeably diversified. The living is a perpetual curacy; the stipend of the curate is £30, and the patronage and impropriation belong to the Trustees of Sir C. Corbet, Bart., whose tithes have been commuted for £730. The church is a handsome structure of darkgrey freestone.

Childs Ercall  from http://www.british-history.ac.uk/topographical-dict/england/pp177-181a -from Topographical Dictionary of England, Lewis. Samuel A (1848)

This information from a book about Shropshire churches online link.  From Shropshire: Its Early History and Antiquities 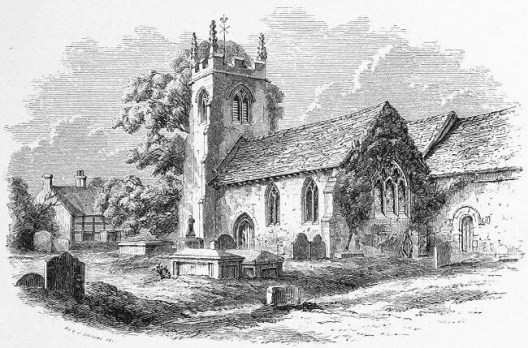 Updates since March 2020 have been member of Society of One Place studies.